The European Investment Bank adopted its first Strategic Approach to Fragility and Conflict. It outlines the bank’s vision and approach to working in fragile and conflict affected contexts, with the aim to enhance EIB’s development impact.

Investing in fragile and conflict affected contexts is challenging due to the lack of adequate data and analytics, higher levels of risks and uncertainty, as well as a weaker legal and regulatory environment. The EIB’s Strategic Approach focuses on addressing these challenges to enable the bank to better work in such contexts, together with its partners. It also reinforces a policy first approach to ensure full alignment of EIB’s activities with EU policies and programming.

EIB President Werner Hoyer, said: “The new Strategic Approach to Fragility and Conflict builds upon our long-standing experience in such contexts and reflects the strong commitment of the EIB, as the EU bank, to contribute to more resilient, stable and peaceful societies. It outlines how we intend to ensure quality projects, from staff training to data management, from context analysis to partnerships and alignment with EU strategies. The Approach is part of the strategy of EIB Global, our new development arm. As we face war in Ukraine and the threats posed by global challenges, first and foremost climate change, financial institutions like the EIB must mainstream fragility and conflict sensitivity in their project assessments to better deliver impact.”

The EIB has been working in fragile and conflict-affected contexts for more than 60 years and has played a prominent role in supporting the European Union’s global policy objectives. In 2021, the EIB signed agreements for investments benefiting fragile and conflict-affected contexts worth €1.7 billion.  These investments represent 23% of the total investments of the EIB outside the European Union.  Overall, the EIB is already active in 43 of the 57 countries classified as fragile by the Organisation for Economic Co-operation and Development (OECD).

Such investments include for instance EIB’s support for Ukraine with a €1.59 billion package backed by guarantees from the EU budget. The EIB and the Eastern and Southern African Trade and Development Bank launched a 12-year joint initiative to support private sector investment, notably in fragile contexts across Eastern and Southern Africa. In Colombia, we are working with the bank Bancóldex, to support projects that will contribute to implement the country’s peace process regarding the armed paramilitary and guerrilla conflict. In Bangladesh, the EIB provided a €40 million loan to increase the security of water supply and improve the resilience to adverse impacts from climate change.

Through its new Strategic Approach, the EIB aims to further enhance its support for impact-driven projects, strengthen the sustainability of its investments in those settings, better track and measure its impacts, and ensure institutional learning around fragility and conflict.

The EIB’s Strategic Approach to Fragility and Conflict is based on three pillars:

To implement its strategic approach, the EIB will be guided by principles that are intrinsic to the bank’s project identification, design, and implementation.

As part of the EU efforts, the bank will follow a context-specific approach to fragility and conflict and seek to identify more impact-driven investment that can contribute to responding to crisis, preventing conflict, strengthening resilience and supporting recovery and peacebuilding. Finally, the EIB will keep promoting respect for human rights, social sustainability and inclusion, to reduce inequalities and leave no one behind. 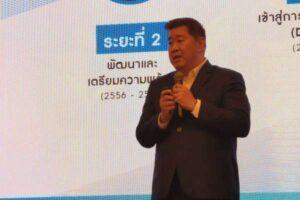 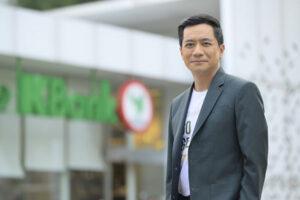