Shell has launched its best-ever performance fuelsA in Thailand. The new and improved Shell V-PowerB gasohol 95 and diesel clean 100% of performance-robbing depositsA. Tests have also shown that continued use of Shell V-Power prevents the future build-up of these deposits on vital engine partsA.

By using the new and improved Shell V-Power fuelB customers can remove deposits from key fuel system components. Performance robbing deposits can occur in all engine technologies and can impact the efficiency and performance of the vehicle, particularly in modern engine technologies where higher pressures and operating temperatures can lead to deposits forming in critical engine parts, such as fuel injectors. Removing these deposits can restore up to 100% of engine performanceA.

Extensive testing has shown that consistent use of the new and improved Shell V-Power fuelsB can improve engine performance and fuel economy. Shell has also ensured that all of the new chemistries in these new formulations are designed to work effectively with fuels with higher levels of biocontent. Shell V-Power is the only performance fuel trusted and recommended by some of the world’s automotive leaders, including Scuderia Ferrari, BMW M series and Ducati. The new and improved Shell V-Power Gasohol 95 is currently available at Shell stations nationwide. While new and Improved Shell V-Power Diesel will be accessible by March 1, 2023. Shell Thailand also collaborates with leading Thai music artists Khun Thanachaj Ujjin (Pod) and Khun Marie Eugenie Le Lay (Zom), to create a special song dedicated to the campaign entitled ‘Term (Rak) Hai Tem 100’. A series of activities, promotions, and related campaigns will be rolled out throughout the year. For more information about the new and improved Shell V-Power, please visit www.shell.co.th. 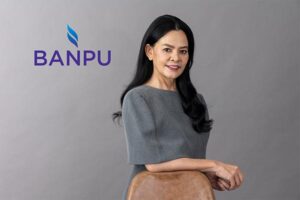 Banpu Develops Carbon Capture and Sequestration Project in the U.S. We would like to collect your cookies. To improve the service better, thank you very much.
Manage options Manage services Manage vendors Read more about these purposes
View preferences
{title} {title} {title}